A congregation of the Scottish Episcopal Church in Glasgow, Scotland 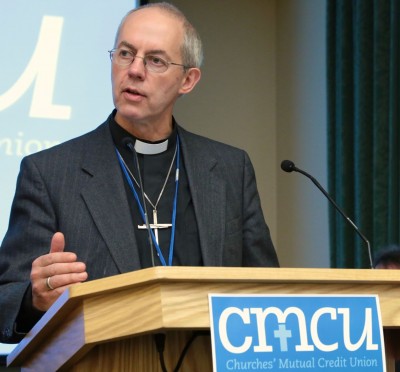 The Archbishop of Canterbury joined church leaders today to launch a credit union for ministers and employees of their churches, including the Scottish Episcopal Church.

At least 60,000 people, including ordained ministers, lay ministers, employees and trustees of the churches involved will be eligible to join the Churches Mutual Credit Union (CMCU).

Archbishop Justin Welby joined the Moderator of the General Assembly of the Church of Scotland, John Chalmers, and the President of the Methodist Conferences, Ken Howcroft, at Church House in London to celebrate their churches’ collaboration in forming the credit union.

The launch further boosts the Archbishop of Canterbury’s drive to promote access to responsible credit and savings for all communities around the country.

The CMCU, which also includes the Scottish Episcopal Church and the Church in Wales, will offer a range of savings and loan products, with fairness at the heart of its values.

Archbishop Justin Welby, who will be among the first to join the new credit union when it opens for business tomorrow, said at the launch today:

“Credit unions are essential. We are trying to build a new financial sector in this country; it’s going to take a long time, but this is the churches putting our money where our mouth is – and it’s a tribute to the priority that this has that we have the churches from around the United Kingdom here today.

“This is a major step to say that over time the credit union sector is a viable sector, not just in the poorest areas but for everyone.

“It adds to the ways in which the church is engaging with issues of poverty in this country very actively, and in a very focused and decisive way. That is an important step – it’s not just saying such-and-such ought to happen; it’s saying it ought to happen and we’re going to be part of it.”

“I hope and expect that the experience of belonging to CMCU will encourage clergy and church workers to become increasingly effective advocates for credit unions in their communities.”

Services
Services at All Saints are currently suspended. We will continue to provide an online Liturgy of the Word each Sunday.
• Sundays, 10.30 am, Said Eucharist.
• Tuesdays, 7 pm, Holy Communion.
• First Sunday of month, 6.30 pm, Sung Evensong.

United Diocese of Glasgow and Galloway